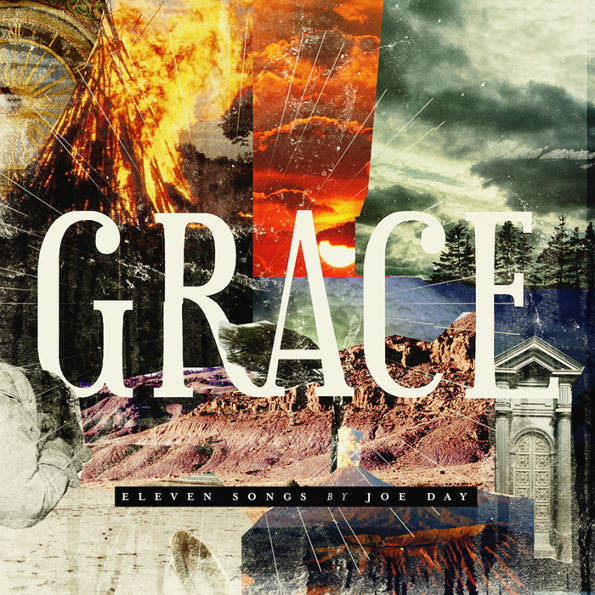 When Joe Day contacted me to ask if I would like to review his album I was expecting it to be good.  However, what I didn’t expect it to be was phenomenal and breathe as much life lyrically and musically into my collection as it has.

A Joyful Journey to Grace

Joe takes the listener on a grand journey from sin and death to redemption and life.  ”Death to life,” the first track on the album, sets the tone for the rest of the picture the album paints.  Joe uses this first track as the beginning of several times of making Scriptural accounts deeply personal: “I was a prodigal son…I was a wondering sheep…I was at war with You…I was a whitewashed tomb.”  The words we see applied to the characters in the Bible that we say “we’ll never be like” are staring us in the face and causing us to realize that we are more like the Prodigal, the lost sheep, and the Pharisees than we care to admit.  But God is good, and as Joe triumphantly proclaims, “You are my salvation.  You are my redemption.”

The rest of the songs on the album are beautifully crafted, produced, and executed, with a surprising and altogether refreshing sound for a worship album.  While there is a place for popular music from radio-released worship leaders, I love the fact that Joe himself says that this “album doesn’t sound like it came out of Nashville.”

The instrumentation is fantastic. Joe makes use of many surprises within his great, gritty Seattle rock sound. The album includes subtle piano underscores; extremely surprising but perfect, lush, and rich trombones on “A Prayer for Faith”;  violin and cello on many pieces, and powerful traditional organ mixed with vibraphone, chimes, and driving electric guitar on the climactic “Christ is Risen.”  Sounds from Aaron Sprinkle to Arcade Fire can be heard throughout the album.

While all of these songs are definitely singable, some would find their way into a typical congregation a little easier than others.  In particular, the verse to “At the Foot of the Cross” was instantly in my head and sung throughout the day.  ”The Glory of God” unites worshipers past, present, and future into realizing how finite we are: “What can I give unto You, my Lord, for You are of infinite worth.”  The lyrics also proclaim God’s rule over time and space: “The deepest parts of the universe are not strangers to Your hand.”

While Joe includes many musical surprises, the lyrics are no exception.  ”Passover” takes the literal account of the original Passover event and applies it directly to the worshiper’s life.  ”Pass over me, let your wrath pass over me.”  While we do not have to fear losing our first born or the promise of Salvation at the Cross, the lyrics make a pointed effort to still give up many of our own “firsts” to which we tend to cling: “Take the first of my time, take the first of my mind, take the first of my heart.”  ”What Have we Done” includes the shocking lyric “Judas sold you for thirty.  I’d have done it for less,” forcing us to wrestle with just how human we truly are.

Perhaps the greatest part about this album is that Joe decided to use a Creative Commons Attribution Non-Commercial 3.0 License.  Churches don’t need to have a CCLI license to use the music from the album legally.  And, how many times have I wished I could burn a practice CD for my worship team members!  Joe solves that problem by using Creative Commons, allowing worship leaders to share digital copies of the music for the purpose of learning the songs.

One Complaint to a Stellar Collection of Worship Songs

My only complaint with Grace is that while all of the songs are singable in certain settings, the typical contemporary church might have a hard time picking up some of the melodies and the range of those melodies.  However, this album is a must-have for any personal worship music collection and a good amount of the songs are in fact, very easily singable and great for many congregations.

This album has quickly become one of my new favorites.  What’s one of yours?