Over the Grave: The Hymns of Isaac Watts Volume 1 – Phenomenal Adaptation of Timeless Content 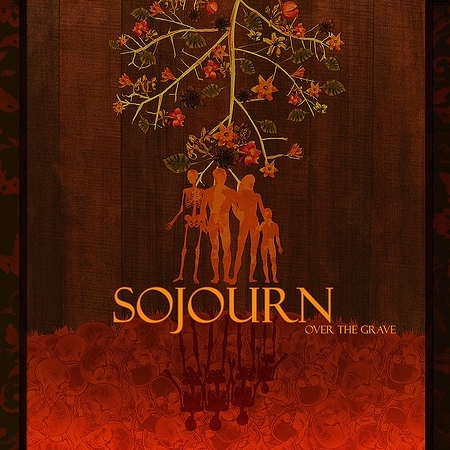 There’s been one album that was released recently that I’ve been wanting to get my hands on for a long time.  No, it’s not the latest and greatest radio release.  It’s not one everyone in the country is raving about.  It’s an album by a bunch of excellent, no, outstanding musicians from a church in Louisville, Kentucky many of you have probably never heard of.  It’s Sojourn Music’s (a part of Sojourn Church) Over the Grave: The Hymns of Isaac Watts Volume 1.  Here’s their summary of the genesis of the project:

In the midst of the Reformation in England, Isaac Watts recognized that people needed to see the gospel in the psalms and hymns of the church, and they needed to sing them in language and metaphors that they understood. In this, he became not only the father of the modern hymn, but the pace-setter for contextualizing the gospel for the people of God.

As musicians, pastors and songwriters, our desire was to explore the hundreds of hymns that Watts wrote during his lifetime, to learn from the incredible range and depth of his lyrics, and to re-envision those songs with modern language and melodies. In particular, we gravitated towards themes that seem unfortunately absent in modern worship — themes about God’s wrath and judgment, His righteousness, and a dramatic vision of the cross and atonement of Christ.

Even if you do not incorporate modern music into your church’s repertoire, this album is a must have.  For one, it pays tribute to Isaac Watts’ desire to put the music in the language of the people of the day.  Secondly, these lyrics in a fresh new setting with outstanding musicians make this an inspiration to anyone who is looking for music that will direct their minds to God’s character.

Another great thing about this album is that I believe it has many songs that men in particular will want to sing.  While so much of today’s modern music is filled with beautiful poetry, it can tend to get a bit romantic for men.  I could definitely see a group of guys singing “Oh, the Warrior” and much more from this album, however.

You can buy the album directly from Sojourn music here or purchase an mp3 version from Amazon here (affiliate).  So looking forward to the next volume.